Damian Martinez joined Aston Villa from Arsenal this summer. In an interview recently, Martinez said that although he loves and appreciates Arsenal very much, it is time to say goodbye. 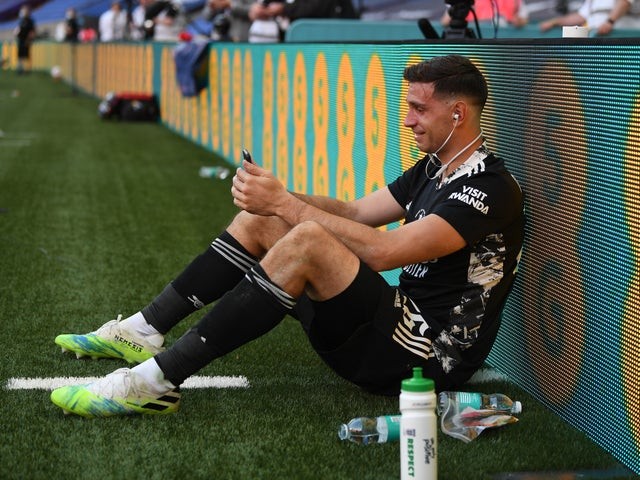 Martinez said: "When I signed for Villa, the first thing I thought of was the difficult moments in my life, the pain I had suffered, and seeing my father crying because of the bills he couldn't pay. I won't Let my family suffer such pain for the rest of their lives."

In the ten years since joining Arsenal, Martinez was loaned to other teams up to 6 times. Regarding this experience, he said: "I have to prove that I am strong. I have been waiting. Why do they not trust me? I thought the opportunity would never come."

When Leno missed due to injury last season, Martinez performed well and helped Arsenal win the FA Cup. Martinez said: "I finally became the No. 1 goalkeeper and I am ready for it. For ten years since joining Arsenal, I have been training every day to prepare for playing, but no one can do for your life. Prepare. No one taught you to be depressed, no one taught you to cry. I could have done more over the years, but in the end I let others see my abilities."

"I think if I do well in the Community Shield, I will become the No. 1 goalkeeper. But someone told me that I had a 95% chance of starting against Fulham in the first round. I was just wondering why it was not 100%. It made me feel Something was wrong. Everyone wanted me to stay, but I was not emotional or depressed when I decided to leave. I was proud of myself. When I arrived at Arsenal, there were 9 goalkeepers in front of me. Every year I have to prove myself. I left the team as the starting goalkeeper. This is my story at Arsenal."

"The next morning, I texted Arteta and told my decision. I am very grateful to him. I said that the reason why I can win these trophies is because of his arrival. I trust him very much, he is an incredible People. When he was a player, I always thought he was different, just like Messi. As a coach, he still has a lot to prove. I wish him all the best in the future. I will always love everyone at Arsenal , I’m always grateful, but it’s time to say goodbye."